Return to TESTS AND TESTING

Of the objective types, multiple choice tests are by far the best, although much more difficult to construct. They are superior to matching or short answer tests in that the answers can be more than one or two words. Since the answers are provided, there is no ambiguity in scoring such as with short answer tests. Also, when the student is instructed to select the best answer, you can ask questions for which there are no absolutely correct answers. Additionally, this type of test can be used diagnostically, since the distracting answer the student chooses may help you identify the source of confusion. Finally, since there are several choices, the benefit of guessing is diminished. Unfortunately, though, multiple choice test construction is difficult, since you must include three or four plausible distractions along with the correct answer. If the distractions are not plausible, then you are only testing the student’s vague familiarity with the material or his willingness and ability to guess. Here are some more construction tips.

3. Use only upper case letters to label your selections. This is to avoid the confusion five to fifteen percent of your students may experience with the distinction between “b” and “d”.

4. Don’t let the grammatical structure of the stem (question) give away the answer. For example:

Ceres would most likely be an

The use if the word “an” in the stem requires that the answer begins with a vowel.

5. To avoid confusing poorer readers, list the choices vertically rather than one after the other across the page. 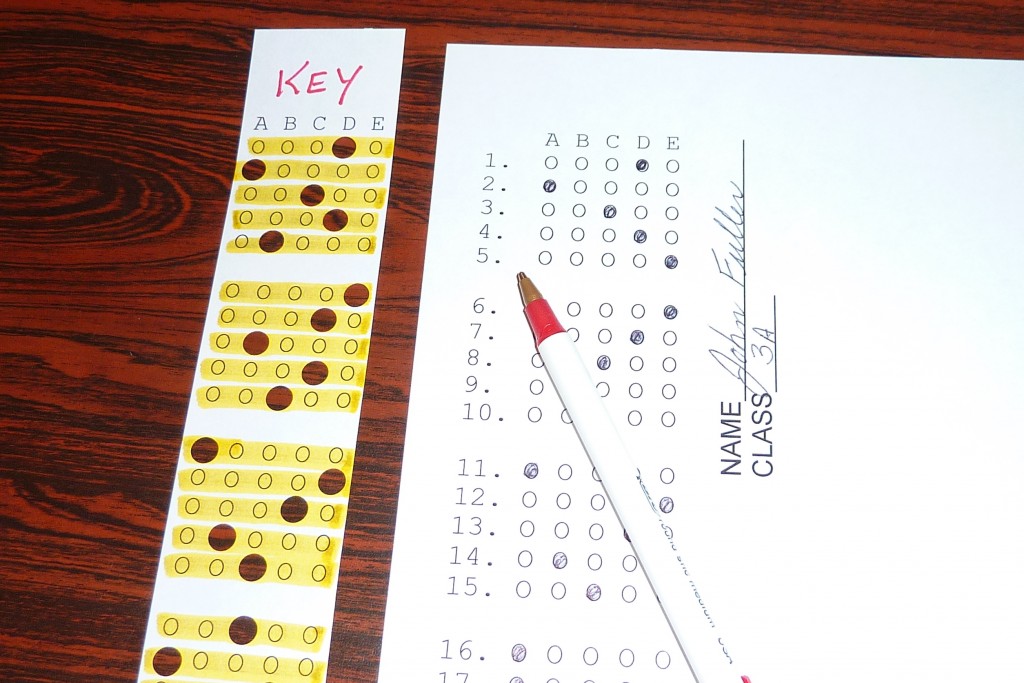 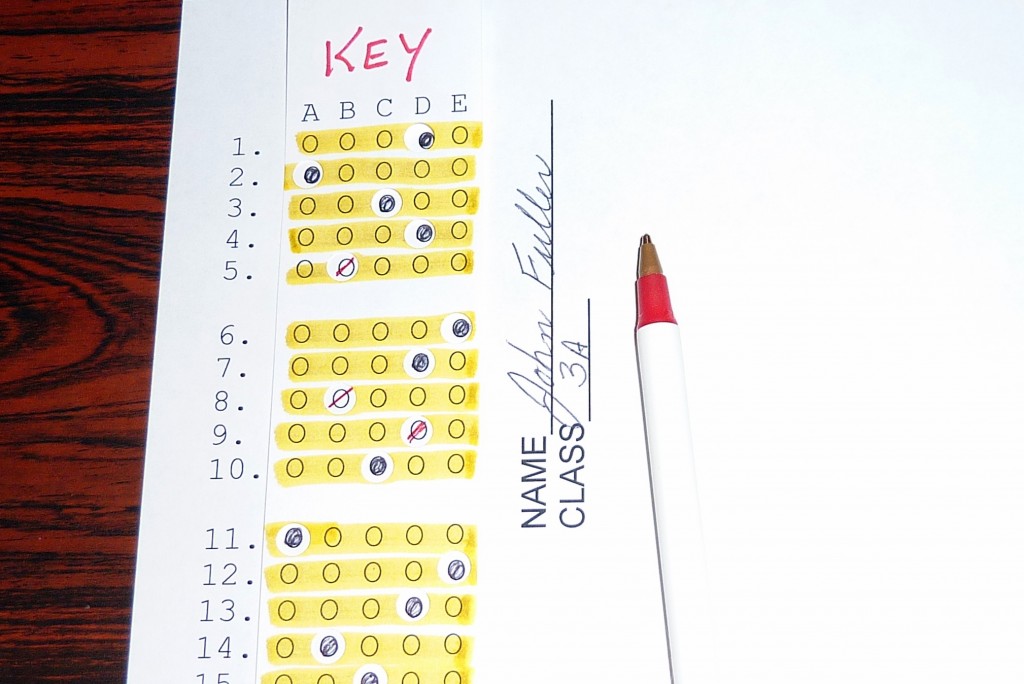 Scoring a multiple choice test is made very much easier if you prepare an answer sheet similar to the machine answer sheets used for the nationally distributed standardized tests. Punch out the correct answers on your key; then overlay it onto the student’s paper. Drawing a line through his unmarked circles not only helps you count the number wrong as you go down the page but also marks the correct answer for his review of the test later. Also, use a ballpoint pen as opposed to a felt marker. When you draw the line, start a fraction of an inch above the hole in your key so as to make a mark on the key overlay. After using the same key for many classes, it will be obvious from the density of marks which questions were missed most often. It’s a technique that would make a statistician wince, but few teachers have the time to do a thorough item analysis.  Using the yellow highlighter pen as shown greatly decreases eyestrain you’ll likely experience after grading dozens of tests.

Permanent link to this article: https://bethebestteacher.com/tests-and-testing/constructing-multiple-choice-tests