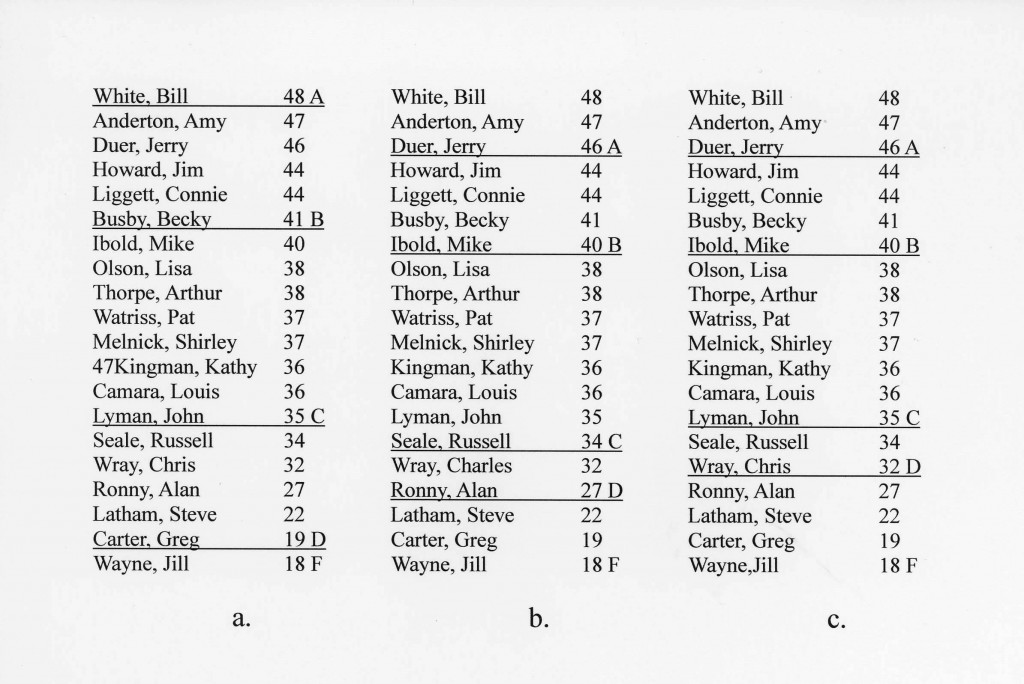 In criterion-referenced grading, assignment of letter grades is accomplished by comparing the students’ performance to the learning objectives. There are two ways this might be done.

For each test, the teacher decides what scores will constitute each letter grade. The decision is based on the coverage of the test and the difficulty of the questions. Of course, this grading scale is made before the test is given so as not to be swayed by the students’ scores. Once again, however, this technique makes it difficult for students to project their course grade, since the grading scale is unpredictable.

The other way to grade is to use an absolute grading scale (see column c above). Assuming that the percentage remains the same throughout the course, students can predict their future course grade, since they will always know what percent of the total they will need for an A or B or whatever.

Permanent link to this article: https://bethebestteacher.com/grading-considerations/criterion-referenced-grading