The arguments in favor of a lesson plan calling for two or more students working together can be persuasive. In a large class, there just isn’t much opportunity for a given student to contribute to a discussion for more than 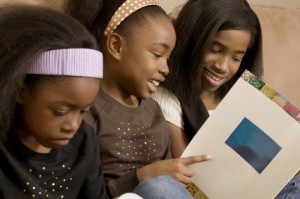 a few seconds. In a group, there can be an almost constant exchange of ideas. Also, in group situations, slower students can benefit from their association with their more able peers. Hopefully, group work will encourage students to develop skill of cooperation. Finally, it often makes possible activities for which there isn’t enough equipment for individual work.

That’s the theory at least. Actually, there are many pitfalls to group work with students of this age. Given the opportunity, teenagers will socialize unless there is a universally high level of motivation. Indeed, without that level of motivation, it is usually imprudent to allow them to work in groups of more than two. As the groups get larger, you run the risk of one or two students doing all the work while the others loaf.

If you must use larger groups (three or more), there are a couple of techniques that might keep them on task. During a science lab, for example, you might assign each member a specific function. One student could be responsible for everything related to the equipment. He would get it from the storeroom, set it up, then clean and return it at the end of class. Another would actually write the lab report, which you would collect at the end of the class. The third student could be responsible for any background research, such as collecting information from texts pertinent to the lab.

Teachers usually assign individual grades based on the performance of the entire group. In other words, if the group got a “B” for their efforts, then each student gets a “B”. Let’s say the value of a “B” grade for the activity is 40 points, and there were four kids in the group. The total points for the group would be 160 points (4 kids times 40 points each.) This approach, unfortunately, allows for one or two members to contribute little while still benefiting from the grade of the hardest worker. Instead of simply giving each member 40 points, you might give the group the 160 points to divide as they wish. For example:

This puts pressure on each member to contribute so as to justify his share of the points. When trying it for the first time, many teachers may be concerned that one or two students will be unfairly denied points they rightfully earned. However, experience shows the opposite to be the case. Usually they will divide the points equally unless the offending student flagrantly interfered with the activity. Indeed, since they are usually so loathe to divide the points unequally, this somewhat diminishes the effectiveness of the technique. You can, of course, adjust the grades based on your own judgment, but this will likely reduce the social pressure on the non-performers. Nothing is perfect.

Before beginning a group activity, you’ll have to decided how kids will be assigned. If they are to work together simply for support, but will be graded on their individual work, there is nothing wrong with you choosing the groups. That way you can insure that each group has an even mix of kids of different abilities. On the other hand, if they will share the grade equally, or as described above, you’ll be open to criticism from parents of better students you’ve forced to work with poorer ones. So, if they’ll be sharing the grade, you had better let them choose their own groups.

If students will be sharing the group grade, and group work is a large and ongoing part of your course, you might do well to use a more organized approach to group member selection. Let’s say you have a class of 28 students and want groups with four each. Select seven students at random and have them stand around the edge of the room. One by one, have each select the second group member from the remaining, seated members of the class. Each newly selected member stands with his new partner. Then, going around the room again, have the second member choose a third. Finally the third member chooses the fourth. You should keep a record of the last member chosen for each group so that the next time you go through this procedure, that student will be the first to pick.

Of course, you will tell the students beforehand that you will periodically reform the groups in this fashion throughout the year. However, impress on them that once the group is formed, they will have to deal with personality differences on their own since you will not reshuffle the groups just because a couple of kids are unhappy with their lot. After all, they selected the members. Nevertheless, you will eventually have an angry parent who wants their child’s group changed. You would do well to have you argument and defense already formulated.

Finally, you’ll have to decide how much of the overall class grade will be based on group-earned grades. Make this decision carefully. Regardless of the way groups are chosen, if they work together for several days or more, friction will develop in some of them. If a large part of their grade comes from the group work, you can rest assured that you will be awkwardly defending yourself before at least a few angry parents.

Permanent link to this article: https://bethebestteacher.com/teaching-tactics/group-activities