Scoring, in the semantics of education, is marking answers right or wrong and then totaling that number. When you grade students, grading is the assigning of a letter grade to that score. Grading inescapably introduces a value judgment by the way we define each letter grade. It is the apparent implications of this value judgment that makes grading such an unpleasant chore for many teachers. Most of us try to distance ourselves from the implications by making grading as mechanistic as possible. A very few schools will simply report a numerical grade on the report card. If, during the nine-week marking period, the student got 320 out of 400 possible points, then the notation on the report card would be 80 per cent. As concise as this might seem, the central question is still left unanswered. How is my child doing compared to others?

For this reason, over 90 per cent of the secondary schools use the A-B-C-D-F system or some variation of it. The various descriptions of each grade might be as follows:

B above average, very good

Letter grades are a necessary expedient to facilitate record keeping and administrative chores, such as future class placement. A letter grade is woefully lacking in information, though. For example, a B could be the result of excellent test results but poorly done homework. Or it could simply come from well done homework and tests, with neither being particularly outstanding, In the first case, the student could have been extremely bright but lazy. The second student might be a consistently hard worker but of average ability. The implication of the two B’s are quite different but are totally obscured by the single grade.

These one- or two-word descriptions of a student’s work are often the only communication a teacher will have with a parent. Knowing this, kids usually elevate the importance of letter grades well above learning. Unfortunate though this may be, it is a fact that we can use as a lever. If students feel they can control their grade, and if the grade represents genuine achievement, grading can be an indispensable and positive part of teaching.

In order for students to control their own grades, it is essential that the letter grade only represent achievement. Other aspects of a child’s performance might warrant comment to the parents but are too ambiguous to include in the grade. Effort, level of enthusiasm, willingness to cooperate or punctuality are all important attributes that if included would render the letter grade meaningless. Also, you should not allow misbehavior to affect the grade by using the loss if points as punishment. Both students and parents will consider it unfair and, once again, it dilutes the validity of the grade.

The report card grade must faithfully reflect the students’ academic accomplishments during the entire course. Needless to say, if you don’t include their performance on your science labs, it’s unlikely that they will put much effort into them. So, the grade’s value as an incentive is lost, at least so far as labs are concerned. Or, if their grade for a nine-week course was based solely on the last two weeks, you would be open to some legitimate criticism.

Many teachers simply score papers, in some haphazard fashion, and then review the collection of scores to determine the report card grade. While this may be adequate for younger children who are unaware of grading procedures, you’ll need to have a clearly defined grading policy for young teens. To use grades as a lever, you must keep the kids constantly aware of their standing. In order to do that, you need a grading procedure that allows you, and them, to determine their course grade at any time during the marking period. Before I make recommendations, it will be useful to discuss the two major grading philosophies. Basically, they boil down to the question of who should control the grading scale, the students or you?  Knowing how to grade students is essential to successful teaching.

Permanent link to this article: https://bethebestteacher.com/grading-considerations

In norm-referenced grading, the class sets the standard to which the individual will be compared. The students who get the highest total points at the end of the course will get A’s, even if they only successfully complete half of the learning objectives. Those with the least points fail.  In discussions of teaching and assessment … 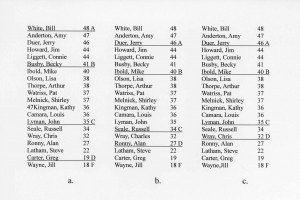 In criterion-referenced grading, assignment of letter grades is accomplished by comparing the students’ performance to the learning objectives. There are two ways this might be done. For each test, the teacher decides what scores will constitute each letter grade. The decision is based on the coverage of the test and the difficulty of the questions. … 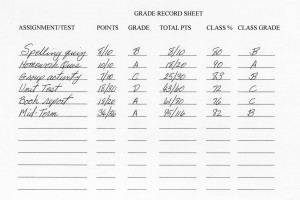